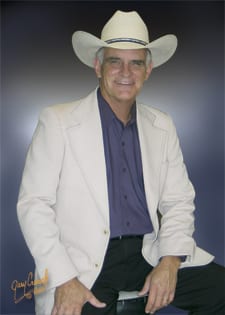 I have been asked many times, "Is your work paintings, photos, drawings, or what ?" The answer is yes. Most of my work is a combination of all the above. Usually the central piece is an airbrush, oil, or : acrylic work that is scanned into the computer in order to build the other effects and combinations that are composed to form the overall image. An artist will use whatever medium is available to accomplish the desired result and today we have a large variety of creative tools.

Born in Fort Worth, Texas in 1946, Gary has lived in North Texas most of his life. A self-taught artist since the age of eleven, he was professional before he could vote and has had his own business since 1966. Although fine art commissions were scarce in the early years, Gary continued to develop his abilities, working in pencil, pen and ink, acrylic and oil and extensively in airbrush. In 1969, he was drafted into the U.S. Army and assigned as an illustrator in Vietnam. He received the Bronze Star, Meritorious Achievement, and Presidential Citation while serving in the military.

Fine art had been his focus early in his career, but as his family grew, it was necessary to diversify into advertising and marketing. He started creating brochures, cover illustrations because it was more lucrative and there was more of that kind of business available.

Much of his reputation as an artist rests on the superior quality of the prints he has produced. In the late 1970s and early 1980s over 25 limited edition prints of his work were created and sold nationally. He also designed and illustrated educational posters on Creationism used in 120 countries at colleges and universities. Most of Gary's work today involves the history of the West. His prints are collected nationally and even in Europe and Japan where the American West has gained significant popularity. He is known as the "Western History Artist". "There is a fine line," he said, between illustrations and fine art. I do some illustrations, some paintings, some posters, but I consider most of my prints fine art, not posters.

A few years ago, he downsized, closed his commercial studio and moved his business to his home in Burleson, a suburb of Fort Worth, where he and his wife Constance of 41 years currently reside. Given the beauty and quality of the art prints, bronzes and original art he produces, it might well be said, "Don't be surprised wherever you go, to find a work created by Gary Crouch.